This does backpedal time wise to 1750 BC and Ur. Imagine the anger generated that would cause a letter of complaint to be written on clay in cuneiform (https://www.thevintagenews.com/wp-content/uploads/2015/10/nanni-to-ea-nasir23.jpg) when the purchased product did not meet spec. Wrong grade of copper delivered (https://www.thevintagenews.com/wp-content/uploads/2015/10/nanni-to-ea-nasir2.jpg). It is believed one of the oldest customer complaints extant.

I am a student of some types of Norwegian history and do a lot of research in the 1600s to 1900s. As I was unaware of any history of printing in Norway, I thought I would explore it for Journal 2. Norway’s historic connection to Denmark was a hindrance to the development of printing in Norway proper; needed printing was done Copenhagen or other Danish or foreign cities (Gjerset, History of the Norwegian People, vol 2, p 90). Also of significance is the lack of a Norwegian University until quite late; students had to attend foreign universities such as Rostock, founded in 1418. Finally, in 1643, a printing facility was set up in Christiania (Oslo) where three small books were published by Tyge Nielsen (Gjerset, p. 91). It is significant that the upper classes strove to read and/or speak Danish and Norwegian, considered rustic, was relegated to the lower classes; this did not help Norway develop printing capabilities nor a strong literary history. Most printing was either for government or church. The Norwegian government did collect their census, but on an erratic schedule. The most famous early census is that of 1 February 1801 this link from Larvik and this page shows that the pages were printed out with headings and then everything else handwritten in. The advantage of even printed headings becomes very obvious when comparing to the Manntall of 1701 where all is handwritten (Sør-Trøndelag fylke, Fosen fogderi, Manntall 12 (RA/EA-4070/J/Jb/L0012), 1701-1701, oppb: Riksarkivet). Quite obviously, education and cultural dissemination via print was linked to the church. However, the ancient epics were retained in oral tradition and quite late were writtne, collected and printed. 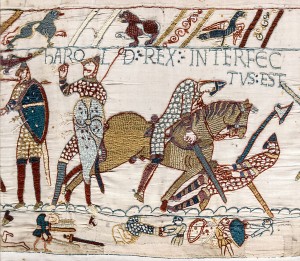 It has been too long since my last post. Site down for a while, then couldn’t remember my login for posting.

Night is when I read and often it is mystery/police procedure – both US and Europe. I’m within 3 books of finishing Michael Connelly’s stories. His stories are much more interesting than most other crime writer’s works as his characters and plots are better developed. Jo Nesbø is another favorite with his crimes set in Norway.

Television? Not in a year.